Home Our Team Our Team – Frank 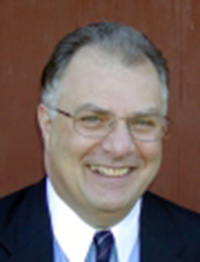 Frank San Felice has over 45 years of experience in education. For more than 10 years, he was Program Director of several federally-funded programs including five federal Teacher Incentive Fund-supported programs in New York and New Jersey and the national Network of Independent Charter Schools. He has helped community leaders and organizations design charter school programs and prepare successful charter school applications. He has also helped charter schools work with their authorizers to amend their charters and have their charters renewed.

Frank was instrumental in the development of several successful federal Community Technology Center grant proposals and was a primary developer of two successful federal “Preparing Tomorrow’s Teachers to Use Technology” grants awarded to major universities. He has served as an evaluator of several federal grants awarded to nonprofit organizations and public school districts and has advised public school districts, charter schools and educational nonprofit organizations on a broad range of educational and administrative topics.

For 12 years, Frank served as the Assistant Superintendent for Instructional Services for a New York State Board of Cooperative Educational Services (BOCES). He has been a social studies teacher, academic department chairperson, middle school administrator and special project director. While at BOCES, he was the primary architect and lead administrator for numerous competitive projects funded by state and federal grant programs as well as by NYNEX/Bell Atlantic (Verizon) and IBM. He has designed and coordinated numerous professional development projects as well as local and statewide educational conferences. He was instrumental in the design, development, implementation and operation of one of the first distance learning networks in New York State, and he was part of the team that evaluated the $50 million New York State Diffusion Fund.